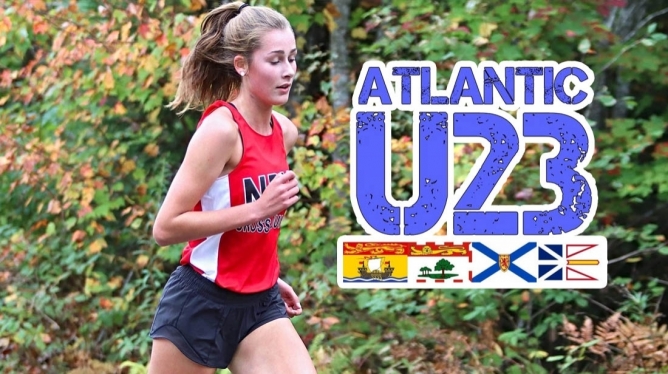 5 quick questions with Kristen:
Favourite novel? I don't like reading
Tolerance to spicy food? Yes
Who's a musician you secretly enjoy listening to? Justin Bieber
Would you rather only be able to wash your hair once a month or only be able to check your phone once a week?Check my phone once a week
If you had the chance to compete in the Winter Olympic Games, which sport would you compete in? Downhill skiing

Throughout your early years on the track, you contested a number of events, including the sprints, hurdles, long jump, high jump, and shot put. What eventually helped you find your niche and settle into the mid-distance and endurance events?
During my early years on the track, I was trying to find which events I enjoyed and excelled at the most. Getting the opportunity to compete in most events at a young age definitely helped me get to where I am today. What made me finally settle into middle-distance and endurance events was when I did cross country for my first time in grade 9. It showed me that I had potential, so I started training for middle distance the following track season and continued cross country throughout high school.

Representing Team Nova Scotia/Nunavut at the 2018 Canadian Legion Track & Field Championships, you came up shy of your personal best but still placed an impressive 13th in the 800m. Tell us about your experience representing the provincial team. This being your first time racing outside the Maritimes, and your first national championships, were you at all nervous heading into the event?
My experience representing the provincial team was very fun and an experience I will never forget. Since this was my first time racing outside the Maritimes, and my first national championships, I was nervous. It was much more serious than all the track meets I competed at before, but I was prepared for that. The track meet was three days long, and my event was on the last day. I started building up nerves more and more each day, so I was nervous heading into the event.

At the 2019 Legion Championships, you finished 7th in both the 800m and 1500m, recording large personal bests of 2:17.40 and 4:41.67, respectively. What were your goals heading into the Championships, and - particularly in the 1500m - what was your reaction to achieving such a substantial personal best?
My goals heading into the championships were to do my best and have no regrets. I was extremely motivated as well because I was finally over a knee injury I had before summer season, and I knew I was back into good running shape. In my 1500m, I had a 10 second personal best. I was kind of shocked that I ran that time, but when I finished I knew I had a good race so I was very happy.

Despite all these cancellations, a successful NSSAF cross country season was able to take place in the fall, between the first and second waves of the virus. How did it feel to be able to race again after almost eight months of no competition?
I found not racing for almost 8 months definitely felt different. I did find it hard at the beginning because I wasn't used to it yet, but by the time Provincials came I was ready.

The postponement of the Canada Summer Games from 2021 to 2022 has given younger athletes such as yourself additional time to prepare. Knowing that you will still be eligible for the 2025 Games - and more in your prime at that time - what are your thoughts in looking towards the Team Nova Scotia trials in 2022?
I am glad that I will still be eligible in 2025 for the Canada Summer Games, and happy I will have lots of time to prepare. My thoughts looking towards the Team Nova Scotia trials in 2022 are to try my best and to be consistent with my training.

A former hurdler and successful mid-long distance runner, what are your thoughts on giving the steeplechase a go?
I wouldn't be against trying steeplechase, but I would rather stick to just running. I haven't practiced hurdles in a long time so if I was to do the event, I would need to start practicing again.

Though strongest in the 800m, you've also shown strong potential in the endurance events. Looking towards your varsity years, what do you see for yourself in cross country and the longer track events?
Looking towards my varsity years, I will continue to compete in cross country. My first few years of track, I will probably continue doing the mid distance events. When I am in my later years, I may try the 3000m.

You recently announced your commitment to attend Dalhousie University in the fall, where you will join the Tigers cross country and track and field teams. Academically and athletically, what contributed to your decision to attend Dal?
Academically, Dalhousie University offered the program I was interested in, which is Kinesiology. Dalhousie also has a very good reputation for academics. Athletically, I wanted to compete and train with the Tigers and improve my skills. I know Dalhousie was a good choice for me, as there are good opportunities academically and athletically.

Over the years, you've not had many opportunities to race as part of a relay team. Is this something you are hoping to do while competing for the Tigers?
I would like to compete for a relay team for the Tigers. I think they are very entertaining to watch, and they really show team spirit.

With the pandemic intensifying and a rapid increase in the number of cases emerging, there is growing speculation that track meets might not be able to take place during the early-months of the outdoor season. Being both optimistic and realistic, what are your hopes for the spring season?
I hope the spring season will happen, especially since it is my last NSSAF year. I will understand if it does happen to get canceled, but if things continue to get better I can see a spring season happening, even if it looks different from other years.

In It for the Long Run: Jim Finlayson | Mr. Drover Podcast
Posted 1 month ago